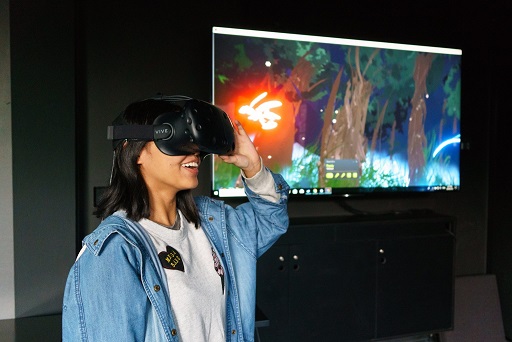 I am a huge film fan. When I was growing up I saved the ticket from every movie I saw.  Ever the archivist, I had a special little tin where I kept them. Years later, I realized that the ink on the movie tickets had faded so dramatically that it was nearly impossible to tell which movies they were for. But each one that I could decipher was attached to a memory. These movie tickets were a link to my former selves. I could remember how each film made me feel. Sitting in a theatre, anticipating what was to come – that was always my happy place. It’s one of the things I miss most right now.

I think that’s why I connected so much with the work of my guest writer for this blog post. I am so excited to welcome Evanthia Samaras to Things I’m Fonds Of.

I saw Evanthia present her research at the recent iCHORA 2020 conference and I was fascinated! I had never considered that all of the incredible VFX work that goes into my favourite films might be in danger of disappearing. But of course it is! So why aren’t we doing more to save it? Evanthia considers this question and with her work, she hopes to promote the value of  VFX records and to encourage archivists to do more to make sure they aren’t lost to obsolescence.

Welcome to the blog, Evanthia. Take it away…

Completing my thesis during a pandemic was not how I pictured the last year of my PhD. I thought I would be back in sunny California, meeting with people by Santa Monica beach and sharing my research about preserving film and television visual effects (VFX) records. Instead, I spent it all in my small apartment in Melbourne, Australia. While news of COVID cases worsened around the globe, I focused on my writing and pulled together the threads of my research, some of which I’m going to share in this post.

The central purpose of my research is to document records and archiving practices in the VFX industry. As well, I am trying to work out ways that processes could be improved so that actual evidence of this unique technical and creative field of media production can be preserved.

I’m not a VFX artist myself, but I did briefly work with talented artists at a company in Sydney almost 10 years ago. I was the Office Manager/Client Services Manager, so I was busy running around all the time and didn’t always get to see what the artists were working on. But I remember one afternoon when a senior colleague of mine told me to stop what I was doing and come into the theatre. I initially thought someone needed a coffee, or snacks, or perhaps a mess needed cleaning up. But, to my surprise, they just wanted me to sit down and watch the screen. So, I sat and watched some shots that they had been working on.

I was in awe. My colleagues had been working directly with Ridley Scott to design scenes for Prometheus (2012) and they looked amazing. I had no idea the level of talent around me. Who knew a bunch of dudes sitting at computers in the dark could create such beautiful imagery?

After this project was delivered, unfortunately my workplace closed down (a very common fate for companies in the VFX industry). I moved to Melbourne, went back to university, and started a new career as an Archivist.

After a while in my new vocation, I began to think about the records that my old workplace must have created. Where did they end up? Is there any evidence left of the work my colleagues had done, besides the final films?

Years later, through my PhD research, I discovered that the records ended up with another VFX company that hired many of my old workplace’s staff. Unfortunately, the remaining records were project backups held on very old magnetic storage tapes, the contents of which would have been difficult to restore and may have been impossible to open in the new company’s more modern production environment. I wondered why this stuff wasn’t being collected by film and television libraries, archives and museums (LAMs). Surely these types of preservation institutions would be much more suitable places for film production records.

But it seems that institutions aren’t collecting VFX records. I have looked at almost a dozen LAMs in the USA, Australia, the UK and Europe and hardly any of them have any actual first-hand VFX records. While there’s physical special effects artefacts such as matte paintings, prosthetics, and set models available in collections, digital VFX records seem to be missing.

One reason for this is that the studios and networks that hire VFX companies are the owners of the VFX records. Very strict measures are placed on VFX companies to prevent leaks and there are stringent limits regarding sharing of intellectual property. All staff and visitors, including researchers like myself, must sign Non-Disclosure Agreements and the records must be created, accessed and delivered securely. Because the studios and networks are the owners, it is up to them to donate VFX records to our film and television collecting institutions. Unfortunately, this is not something they seem to want to do. This is despite the fact that many VFX records are actually very difficult to maintain and access over time. These records would have improved longevity if studios were to work with LAMs to devise approaches and preferred formats for preservation.

Another reason could be that audiovisual archivists are unfamiliar with VFX records and there’s potentially a general lack of awareness and knowledge around digital VFX production. After all, it’s a field that progresses at a rapid pace. VFX companies constantly update their pipelines, introducing new applications and scripts to achieve better and faster outcomes. They hire teams of developers and IT staff to maintain their software and hardware infrastructure so that artists have all the tools they need to digitally craft characters, props, environments and effects, and composite them all seamlessly together.

Another explanation for the lack of attention could be that VFX records are just too complicated and not worth the effort of preserving. The VFX industry calls many of their key production records “assets” composed of “dependencies.” Assets can be very complex, made up of multiple dependency records that could each require a different application to open them. But there are many other types of VFX records, not just the assets, that could be preserved. For example, internal training videos and technical specifications can provide great details about how particular project work was achieved, and concept art can reveal the progression of character and environment design.

Other rationalisations I have considered include that fact that the VFX industry is often undermined and negatively critiqued in academia and the media. Or the simple idea that digital records lack the appeal and numinosity (material culture that has acquired perceived significance and carries emotional weight) of their physical counterparts. Maybe physical costumes and props are what people want to see in our collecting institutions. Not digital files displayed on screens or projected into spaces.

Whatever the reason(s), there is currently a major gap in our film and television collections. I find it a great shame that this ubiquitous and necessary part of film and television production is grossly underrepresented. Yet, I am hopeful that through my research, people may begin to see the value in VFX records and the great work that is achieved by artists in the VFX industry. Perhaps one day people will be able to visit a library, archive or museum and be awestruck by VFX, just as I was many years ago. 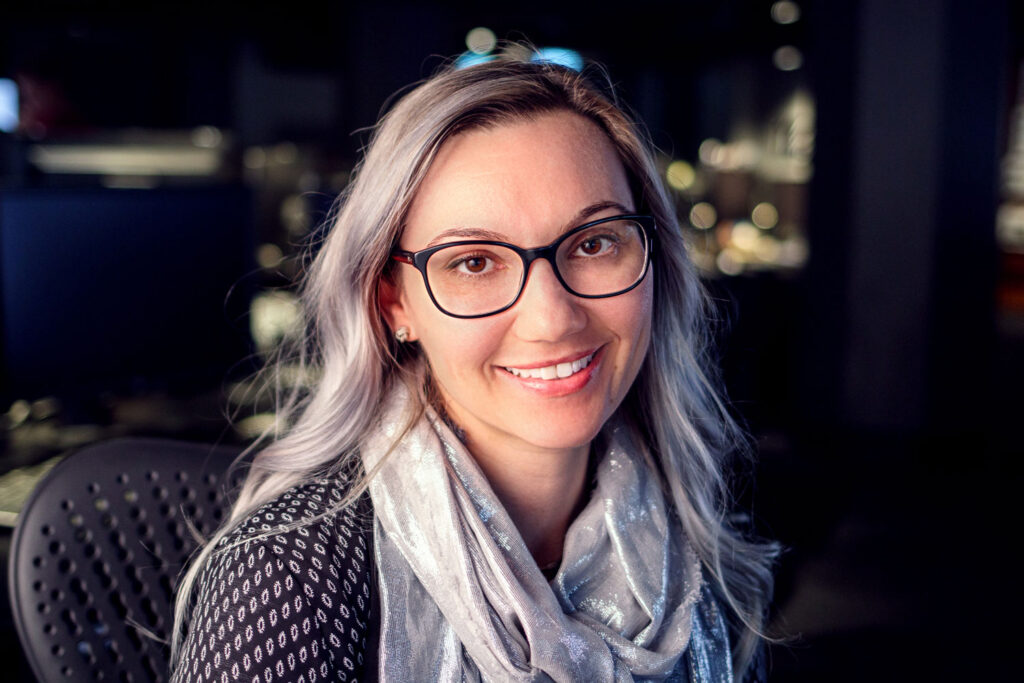 Evanthia (Eva) Samaras is an archivist and researcher with experience in government and audiovisual archiving as well as media and theatre production. She is a PhD Candidate at the Animal Logic Academy at the University of Technology Sydney and currently works at Public Record Office Victoria. Eva also volunteers as the Australian content editor for Archivoz – an international, online magazine about archiving and records management. Follow Eva on Twitter @CyberKittyFace