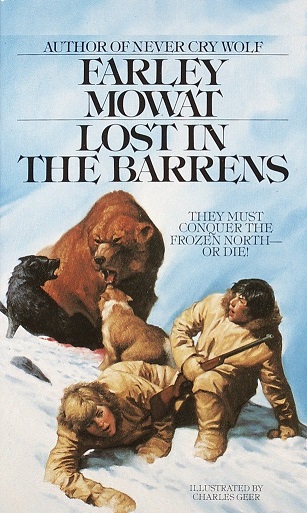 This month, I am so pleased to feature a guest post from Kathryn Louro. In this post, she provides some much-needed insight into archival life outside of urban centers. Enjoy!

Brief Bio: Kathryn Louro is an archivist with the Carrier Sekani Tribal Council in Prince George. She is interested in rural and northern outreach, First Nations initiatives, and finally getting her hands on the Red Dead Redemption sequel. She can be found on Twitter @KatLouro.

Hope Beyond Hope: Archival Professionals in Rural and Northern BC

Coming back to work in Northern BC after completing my M.A.S. degree was in many ways a rude awakening. A few short weeks after graduating, I was back in Prince George and working as a lone arranger in a small repository. I went from being inundated with professional events, communicating with academics in my field daily, and having innumerable conversations with fellow archival library and archives students, to being the only information worker in my organization. It was not my first time working in Northern BC, but it felt infinitely lonelier and isolated now that I had experienced the wealth of opportunities for professional engagement and development in Greater Vancouver and Victoria. Worse, it made me realize how little archival education and the profession is geared towards archivists working in small repositories outside of population centres. Although doing a job that I loved, I suddenly felt removed and separate from the larger professional discourse, with an irrevocable disconnect between the education I had received and the realities of working in a small archives.

Peter J. Wosh and Elizabeth Yakel, in their 1992 article “Smaller Archives and Professional Development: Some New York Stories”, provide an analysis that still illuminates many of the problems small organizations outside of urban centers face. Difficulties achieving inter-institutional cooperation; the failure of the profession at large to realistic address the role, importance and uniqueness of rural and small repositories; and an inability to attain traditional archival standards due to resource and staffing gaps are some of the perennial challenges for rural archives. Central, was the division between education opportunities for rural versus urban archivists, and the feeling of separation from the profession resonating with individuals working as archivists in rural repositories. In her excellent text “The Lone Arranger: Succeeding in a Small Repository,” Christine Zamon aligns with Yakel and Wosh in noting that archivists in smaller repositories face higher barriers to accessing the larger body of archival theory and practice.

Many of my Northern and Interior colleagues have shared with me how challenging attracting archivists, or archival masters students, to remote locations is. UBC iSchool students are hesitant to leave hard to come by Vancouver rentals, and often need to purchase or borrow vehicles to work in towns lacking Vancouver’s amazing public transit system. This limits student experiences in rural and remote archives, depriving emerging professionals of an opportunity to learn about the challenges and opportunities unique to those repositories. Likewise, retaining new professionals is also difficult, with many having a hard time settling into smaller towns. As a born and raised Northern BC gal, I was happy to come back to an area I had a lot of connection to, but I can understand that it is a pretty big leap, and even more lonely, for individuals completely new to the area.

Thus, community members interested in archival or information work are a great source of staffing for repositories, but they face substantial barriers in pursuing archival master’s degrees, chief among them being a move to an expensive population center. Speaking for myself, it was difficult to leave behind my family, friends, my (union!) job, and my dirt cheap apartment, not to mention how it affected my partner’s career having to relocate temporarily to Vancouver. It felt nearly impossible to go get that masters’ degree, even with a wonderful support system. I can’t imagine how insurmountable that move would feel to individuals in smaller, more remote communities with less support and privilege than I had.

As a result, a lot of archivists without “formal” informational degrees are working in northern and rural repositories. These individuals came to the profession after volunteering for their local historical society, or as genealogists who fell in love with archives over the course of their research, or by growing up in a community that they knew deserved to be documented. The work done by these individuals, often with low funding and sporadic support, is constant and immense. So, it is troubling that many of these archivists are often considered paraprofessionals, hobbyists, or technicians by professionals with masters degrees. This is reflected in many of the texts, resources, and guides for archivists without masters degrees, where there is a tendency to envisage archival work in practical terms, with theory mentioned only briefly or not at all.

As for opportunities to engage with archival theory with other professionals, it is difficult for individuals living in remote or northern communities to get to conferences, symposiums, or workshops. Workshops in the Northern and interior regions of the province are usually one-off events, with little follow up or continuous and dedicated engagement with communities. In any case, outreach events in areas past Kelowna are sparse, and there is little consideration of how large the interior and Northern part of the province is. Traveling between towns in the region is time consuming and expensive, or downright dangerous during a significant portion of the year. Transit infrastructure, including inter-community bus travel, is non-existent.

Of course, it makes sense that most conferences, workshops, meetups, round tables, and association meetings are held in BC’s population centers. However, it results in best practice and theoretical discourse around archival work being articulated by professionals working in urban locations, often within larger institutions such as Universities, private and crown corporations, and various levels of government. Without the opportunity for representation, rural and northern repositories continuously see their own role in BC’s documentary heritage production reduced, and have difficulties attracting and training archivists with or without masters degrees.

Many archives outside of the Lower Mainland have little or no funds to compensate for travel expenses and time away from their repository. Sometimes even finding coverage to leave the archives they manage is a barrier. One of my Vancouver born and raised colleagues was dumbstruck when my former employer from a Northern BC repository mentioned she had to close the town’s archives to attend an AABC conference in Victoria.

Unsurprisingly, many of my colleagues working outside of population centers rely on webinars and distance education, but not all venues have the infrastructure to broadcast round table and seminar proceedings, or planners cannot budget for the extra expense. Often, the choice to not broadcast conferences is made to encourage in-person attendance, given the reliance on registration fees to fund the event. Archivists who have to travel longer distances, or work in rural repositories with less funding, often miss out on all aspects of the conference as a result.

While I have struggled with all these barriers here in Prince George, I am beyond lucky. The city possesses two public library branches, a law library, both a College and University Library (the University also being home to the fantastic Northern BC Archives, an art gallery, and two museums with their own special collections and archival holdings. Speaking of conferences, Prince George also is home to the bi-annual GLAM conference, Beyond Hope, hosted by the Prince George Public Library, and whose name I shamelessly co-opted for this post.

All this to say, being an archivist in Prince George is by no means the same as being an archivist in Masset, Fort St. John, Hazelton, or any First Nations community in terms of isolation and resource scarcity. In fact, many archival records from remote communities end up in larger institutions within Northern population centers, including ones I’ve worked in.

Importantly, funding and access to resources is not ubiquitous to population centers either, and professional divisions based on educational attainment are more complex than an urban/south and rural/north paradigm. There are many community archives in Toronto and Vancouver, often representing marginalized or silenced populations, who struggle with funding, resource allocation, and contributing to the larger dialogue of the information work and theory because of professional gate-keeping. Likewise, the purpose of this post is not to discredit all the amazing outreach projects, digitization services, and distance education opportunities being offered by larger repositories and associations located in urban centers. I have always found a wealth of support from archivists across all institutions; big or small, well-funded (although is that actually a reality in any archives?) to or scraping by, within or outside Greater Vancouver.

But, Northern and Rural archivists find themselves in a position where they feel hopeless beyond Hope, unable to contribute to a profession they love, or worse, regarded as non-professionals if they do not possess a postgraduate degree. The profession is losing their expertise and innovative ideas, cultivated outside of the sometimes restrictive theory and practices suitable for larger repositories. But, things are changing. More community archivists, including ones from rural or Northern communities are breaking into conversations on practice and theory. Web 2.0 and social media has opened up communication between us lonely archivists dotting the landscape. Provincial archival associations, including the Archives Association of BC, are increasingly supportive of repositories outside of Greater Vancouver and Victoria, working hard to communicate with regional representatives and to bolster distance education offerings.  So, at the end of the day, I remain hopeful here, a little further down the highway from that sleepy town at the confluence of the Fraser and Coquihalla.

Cover of Farley Mowat’s “Lost in the Barrens” (https://www.scholastic.com/teachers/books/lost-in-the-barrens-by-farley-mowat/)

One thought on “Hope Beyond Hope: Archival Professionals in Rural and Northern BC”